You are here:
drone law 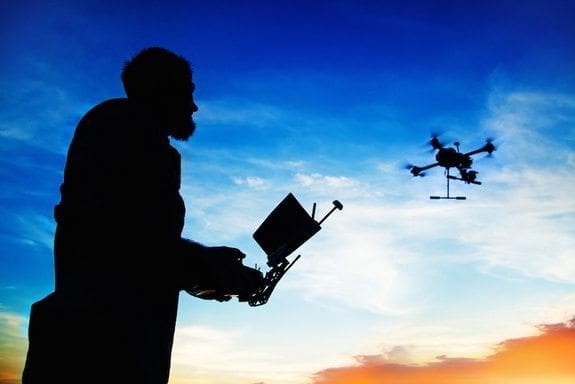 It just got easier to register your recreational drone, as the Federal Aviation Administration’s online registry launched today (Dec. 21).

The Web-based FAA registry is free (after rebate) for the next 30 days, but it will cost $5 for each registration after that. The U.S. government

made registration mandatory for small unmanned aircraft systems(UAS), or drones, beginning in October as a safety measure; incidents of errant fliers compromising air safety had soared in the previous months, Live Science reported.

Drones that weigh between 0.55 and 55 lbs. (0.25 to 25 kilograms), including onboard equipment such as cameras, now require a registration number.  [Best Drones for You, from our sister site Tom’s Guide]

A registration is valid for three years and covers all small UAS used for hobby or recreation.

So, what about that toy drone you just bought your child for Christmas? Most drones under $100 weigh less than the 0.55-lb. limit, the FAA has estimated.

For UAS weighing more than 55 lbs., owners must use the FAA’s paper-based registry system. Regardless of weight, drones used commercially, operated by entities other than hobbyists or recreational users, or operated outside the U.S. must be registered with the paper-based system.

Individuals must be at least 13 years old to register any drone.

If you bought and operated your drone before today, you must register it by Feb. 19, 2016, the FAA says. For other drones, you must complete the registration before you take the flier for a spin outside.

Once you’ve completed the online registration, you’ll receive an ID number, which must be written onto all drones that fall under that registration ID. The FAA will then email you a certificate with your name, ID number, date of issue and expiration. The FAA says to keep a printed or electronic

version of the registration with you.

“You will be required to have your FAA registration certificate in your possession when operating your unmanned aircraft,” FAA officials said in a statement.

The FAA estimates that 1.6 million small unmanned aircraft, for use as model aircraft, will be sold in 2015.

have more than doubled, and many of these reports indicated that the risk to manned aviation or people and property on the ground was immediate,” FAA officials wrote in their report on the registration ruling. “For example, the agency has received reports of unmanned aircraft at high altitudes in congested airspace, unmanned aircraft near passenger-carrying aircraft or major airports, and interfering with emergency response operations such as efforts to combat wildfires.”

If you’re operating drones, the FAA recommends you follow these guidelines to keep you and others safe:

Fly below 400 feet (122 meters) in altitude;
Make sure you can see your UAS;
Never fly your drone near manned aircraft, such as near airports;
Never fly your UAS above stadiums, sporting events or other large crowds;
Never fly near emergency response efforts.